Barry McCaffrey served in the United States Army for 32 years.  When he retired in 1996, he was the most decorated General serving in the United States Army, having been awarded 3 Purple Heart Medals for wounds received in combat, 2 Distinguished Service Crosses (the nation’s second highest award for valor), and 2 Silver Stars for valor.  He served overseas for more than 12 years —and 4 combat tours with the 82nd Abn Division, the Vietnamese Airborne Division, the 1st Cavalry Division, and the 24th Mech Infantry Division.

FOR FIVE YEARS AFTER LEAVING THE MILITARY, GENERAL MCCAFFREY SERVED AS THE DIRECTOR OF THE WHITE HOUSE OFFICE OF NATIONAL DRUG CONTROL POLICY (ONDCP).

Upon leaving government service, he served as the Bradley Distinguished Professor of International Security Studies from 2001-2005; and an Adjunct Professor of International Security Studies from 2006-2010 at the United States Military Academy at West Point, NY. He served as an Associate Professor in the Department of Social Sciences from 1973-1976 teaching American Government and Comparative Politics. 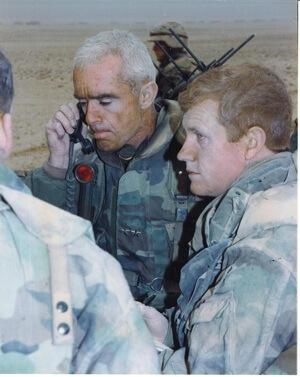 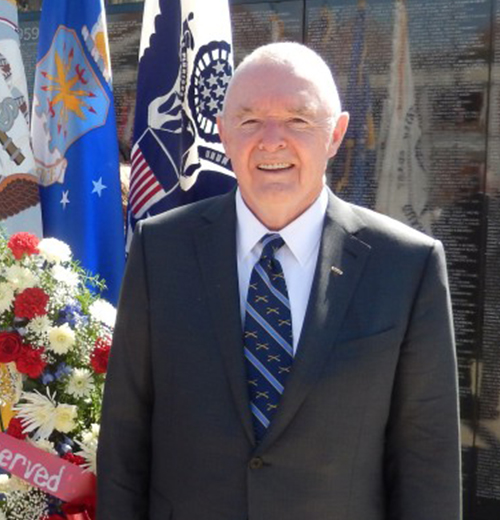 GENERAL MCCAFFREY IS A MEMBER OF THE COUNCIL ON FOREIGN RELATIONS AND AN ASSOCIATE OF THE INTERAMERICAN DIALOGUE.

He has served on the Board of Directors of several corporations in the engineering design, technology, healthcare and services sectors.

General McCaffrey attended Phillips Academy, Andover, Mass.; and graduated from West Point with a Bachelor of Science degree. He earned a master’s degree in American Government from American University and attended the Harvard University National Security Program as well as the Business School Executive Education Program.

IN 2015 HE WAS SELECTED FOR THE DOUGHBOY AWARD — THE HIGHEST HONOR THE CHIEF OF INFANTRY CAN BESTOW ON ANY INFANTRYMAN — FOR OUTSTANDING CONTRIBUTION TO THE UNITED STATES ARMY INFANTRY.

In 2007 he was inducted into the US Army Ranger Hall of Fame at the US Army Infantry Center, Ft. Benning, GA. In May 2010, he was honored as a Distinguished Graduate by the West Point Association of Graduates at the United States Military Academy. In 1992 he was awarded the State Department Superior Honor Award for the principal negotiation team for the START II Nuclear Arms Control Treaty. In 2004, Catholic University of America awarded him the James Cardinal Gibbons Medal (Highest Honor), to honor him for distinguished and meritorious service to the United States of America.
General McCaffrey is married to Jill Ann McCaffrey. They have three married adult children and six grandchildren. Their son, Colonel Sean McCaffrey, just retired from the Armed Forces after his third combat tour.

Currently, General McCaffrey is President of his own consulting firm based in Alexandria, Virginia www.mccaffreyassociates.com. He also serves as a national security and terrorism analyst for NBC News. 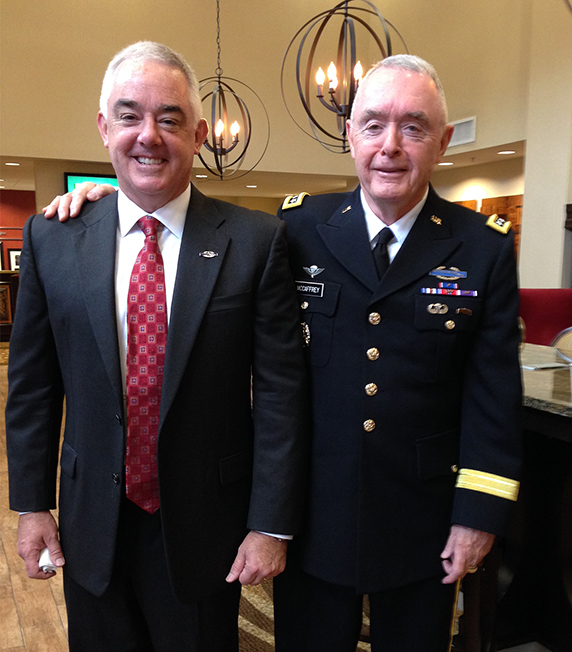